Colombia and Venezuela share the Orinoco Basin and have made efforts to cooperate on water issues through joint commissions. However, planned unilateral hydropower development and water diversions in major tributaries represent a growing threat. The two countries have not yet reached agreement on basic standards and procedures for the sustainable development of the basin, such as those contained in the UN Watercourses Convention (Parraga, 2011). The inadequacy of existing watercourse agreements and the lack of agreements for numerous international watercourses are alarming legal weaknesses in the present international legal structure governing transboundary waters (Agencia Boilvariana de Noticias, 2010). Such weaknesses facilitate the process for some countries to manage their rivers unilaterally, arbitrarily, and without sharing relevant information their neighbors may need. Fortunately, the country of Venezuela does prevent other countries from attaining water beyond the Republic, but axiomatically boundaries set restrictions on this precious resource. Consequently, the confirmation of an agreement upon the water source is necessary. 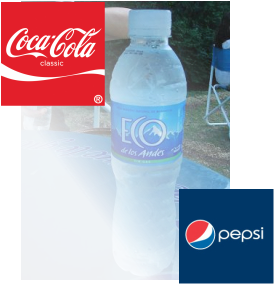 In Venezuela, water is not scarce, but some may argue that the resource is leading to the privatization of the substance. To put this into perspective, water may be up to ten times more expensive than petroleum and gas. According to the article entitled Venezuela's Oil-Based Economy (Alvarez, 2009), oil has become the central base of economy in Venezuela. The South American country ranks number one as the nation with the most affordable oil, with prices as low as $0.12 USD per gallon (International Monetary Fund, 2010). Water, on the other hand, may reach a higher price of about $1.20 USD per gallon. If water is more expensive than petroleum one may speculate that a large sector of the total population does not have access to water. This led the Inter-American Development Bank approve a $50 million loan to promote the efficient use of drinking water in Venezuela in order to improve quality and enhance service coverage. The president of Venezuela, Hugo Chavez, has expressed concern about "water that transnational companies have privatized," and mentioned Coca-Cola and Pepsi (James, 2010).  This mainly refers to the companies within the country that industrialize internationally. The government of Venezuela does not retain water from the people, but is currently working on addressing the issues of the water resource within the country’s standards.

Decreasing water availability means increased interest in controlling the water. Private companies are buying the water and water-dispersing infrastructures of whole cities and selling them back to the people at inflated rates. This is an attractive option for governments who are in need of funds. It often has negative results in developing areas where the people can no longer afford to buy water that was once free of charge (Associated Press, 2010). Companies within Venezuela are taking advantage of the detrimental effects of overuse of water and increasing the consequences. Companies such as, Coca-Cola and Pepsi are truly creating devastation in the nation, since various complaints have been submitted to the government. Communities living near bottling plants experience severe water shortages. Additionally, groundwater and land around the factories have been polluted with various dangerous contaminants (Benitez, 2007).  Because of the current controversy, representatives of Venezuela will meet with community organizations and leaders, as well as allied organizations to discuss concrete ways to support the local campaigns to hold the responsible companies accountable for caused damaged (Gobierno Bolivariano de Venezuela, 2010). Moreover, initiatives against water privatization have already been established in order to ensure proper justice when regarding to water.

Overuse of Water: The Rural and Urban Daily Economic Activity

Venezuela values water at a higher standing; in fact, water overuse in the country is punished with a higher rate in the monthly water usage bill (AP Correspondent, 2010). When more water is used than what can be replenished through precipitation, a water supply deficit occurs. As ground water levels are depleted, the risk of salt water intrusion increases, which can contaminate drinking water. Depletion of underground aquifers can also affect stream flows and lake levels, resulting in decreased water quality and associated impacts to the ecological community. The overuse of water occurs constantly since this resource is used in a number of ways that individuals would never expect. From automobile tires to distilled products, water is essential in the production of many everyday items. Recent investigations reveal that domestic and commercial water use also causes environmental problems. Rivers are diverted from their original paths to provide water for cities hundreds of miles away. This impacts lives that are downstream and dependent on the river. Water is also drawn directly from underground aquifers that are the main source of life for huge areas of land.  Because of the intensity of the new demands, many of these sources are at risk of being depleted beyond use, and no longer available (Facultad de Ciencias. Universidad de Los Andes, 2006). Cities that are now dependent may have to find new and more expensive means of importing water.

Venezuela depends on water for domestic, agricultural, industrial, municipal, and recreational purposes. The dependence on the water resource may lead to the overuse of water (United Nations, 2011). This basic resource may be utilized in large quantities that surpass primitive necessities. Accordingly, the magnitude of this environmental issue is of major concern, but still lacks of awareness among citizens. 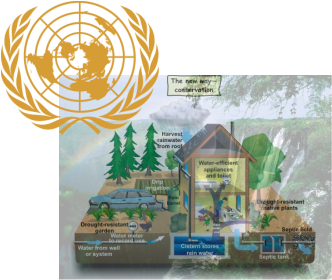 The Venezuelan government has created numerous inter values that pertain to the conservation of water. Venezuela has suffered several serious electric blackouts in the past year because of rapidly growing demand and under-investment, which has been aggravated by a drop in water levels in hydroelectric dams that provide most of its energy (EDELCA. Electrificación del Caroní C.A. , 2010). Chavez announced energy-saving measures and said he would create a ministry to deal with the electricity shortages. Other proposed measures included cloud-seeding and prohibiting imports of low-efficiency electrical appliances. He called on ministries and state-run companies to cut energy consumption by 20 percent immediately. Moreover, humorous although true, President Hugo Chavez called on Venezuelans to stop singing in the shower and to wash in three minutes because the oil-exporting nation is having problems supplying water and electricity (Martinez, 2009). Venezuela will impose conservation measures for water and electricity because the El Nino weather pattern has reduced rainfall, affecting hydroelectric stations and drinking-water reservoirs.

Venezuela has received recognition internationally by the United Nations because of the consistent compliance of the established Millennium Development Goals.  Among the abundant success in such regulations, Venezuela has managed to extend an increase from 68% to 92% in the proportion of people with sustainable access to safe drinking water, well above the target set for 2015, which was to raise this figure to 84% (United Nations, 2011). The implication and high standards of Venezuela have benefited over 24 million people throughout the country that live in rural and urban communities (Gobierno Bolivariano de Venezuela, 2010).